We are deeply saddened by the passing of Dr. William Harkness. A gifted surgeon, a caring clinician, a visionary leader and devoted family man, William left an indelible impression on pediatric neurosurgery and the many people whose lives he touched.

Dr. William was educated at Eton School and qualified in medicine in 1979, at the University of Birmingham. His neurosurgical training commenced at the Radcliffe Infirmary, Oxford and later continued in Birmingham. Upon completion of his specialist training in 1991, he was appointed as a consultant neurosurgeon at the National Hospital for Neurology and Neurosurgery, Queen Square and Great Ormond Street Hospital for Sick Children (GOSH), but it was the latter institution that became his professional home as he focused his career on pediatric neurosurgery, establishing a legendary partnership with Dr. Richard Hayward.

Dr. William spent a year in North America undergoing training at UCLA, Seattle, Miami and Montreal. He enthusiastically embraced the multidisciplinary team approach, enabling him to establish a world-leading children’s epilepsy surgery service together with Helen Cross at GOSH. While this is where he had his greatest scientific impact, he was a consummate pediatric neurosurgeon who thought deeply and wrote on a wide range of conditions. William was known to be an exceptionally skillful surgeon, with many neurosurgical trainees citing him as the one of the leading technical neurosurgeons they had worked with.

He served as clinical lead for pediatric neurosciences at GOSH and led the development of a national plan for epilepsy surgery services in Great Britain. Throughout his career William was an ardent advocate for pediatric neurosurgery, representing the specialty in many forums including the Society of British Neurological Surgeons.

Dr. Willian was a participant in the first ever European Society for Pediatric Neurosurgery (ESPN) educational course, where he struck up a legendary friendship with the late Jim Goodrich, he went on to become one of the most sought-after lecturers worldwide, including many Latin American Courses of Pediatric Neurosurgery (LACPN).

In ISPN, there are few who have contributed more to the society. Dr. William served as scientific chair, communications chair, treasurer and ultimately president, (2016-2017).

Combining his organizational and technical skills, he worked with Jim Johnson to develop InterSurgeon, a web-based platform promoting international collaboration through linking neurosurgeons and related organisations across the world. Supported by among others, the ISPN, UAB and the G4Alliance, InterSurgeon has grown beyond neurosurgery and will be a lasting tribute to William’s vision and drive. Dr. William was also an integral member of the Global Neurosurgery Committee of the World Federation of Neurosurgical Societies (WFNS). He worked tirelessly to propel the field, and always made sure he was available to provide advice and assistance. During his time with the committee, he expanded the knowledge base on global neurosurgery, worked to align the multitude of projects in the field, and improved collaboration amongst neurosurgeons around the world.
He married Philippa Lubomirski in 1982. She survives him as do their four children, Fran, Ed, Gabi and Letitia, their grandchildren, Arlo, Joanie, Betsy, Peggy and Ari, and his sister, Nicola.

Above all else, we remember William’s devotion to his family most vividly. His beloved wife Philippa, who accompanied him on most of his travels. And his four children, Fran, Ed, Gabi and Letitia, their grandchildren, Arlo, Joanie, Betsy, Peggy and Ari, and his sister, Nicola. We extend our sincere condolences to his family and close friends 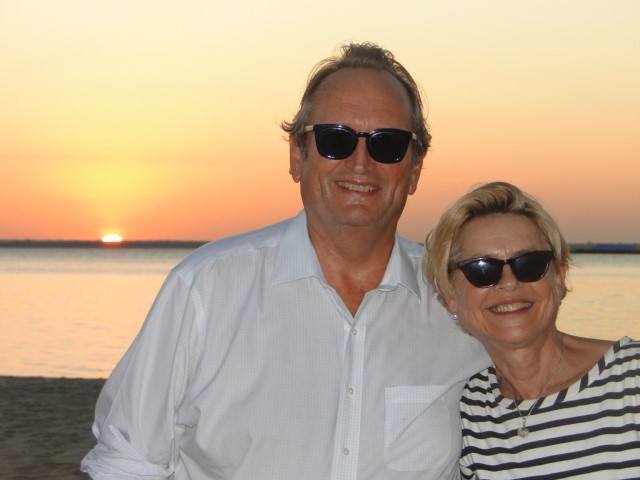